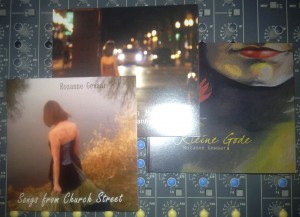 During our chat on the current episode with Ivor Haarberger – the former head of Gallo in South Africa – the fact that the company made guitars (and other items) as well as records in its early days came up. I mentioned that David Kramer sang of a “Gallo Guitar” in his song chronicling the early rockers called “Budgie & The Jets” and thus the instrument had its place in SA rock mythology.

What I didn’t know was that it also had a place in international rock ‘n’ roll iconography. Ivor pointed out that there was a Beatles connection. And so there is. This photograph of a young John Lennon is famous, but I bet you didn’t know that he’s clutching a South African-made Gallotone guitar. I didn’t! 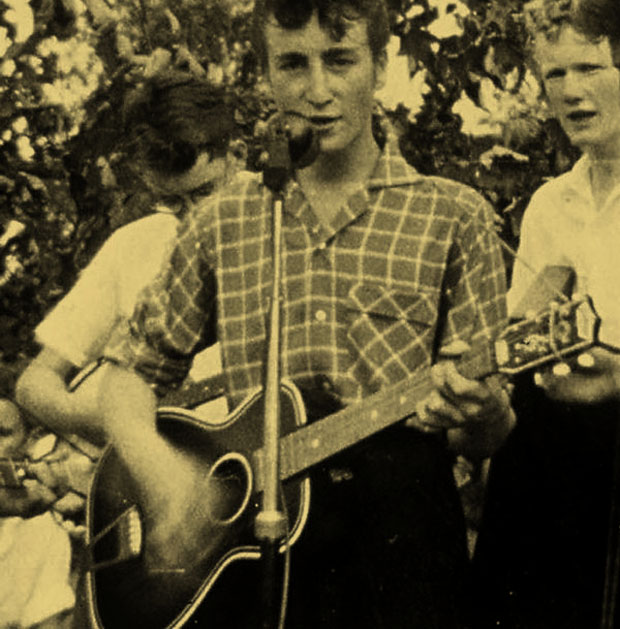 John Lennon, with the Quarrymen performing at St. Peter’s Church fête in July 1957.

Doing a little research on the Gallotone guitar (there isn’t very much) I discovered that another rock colossus started out on a guitar from a factory outside Durban with the marketing slogan: “guaranteed not to split” . 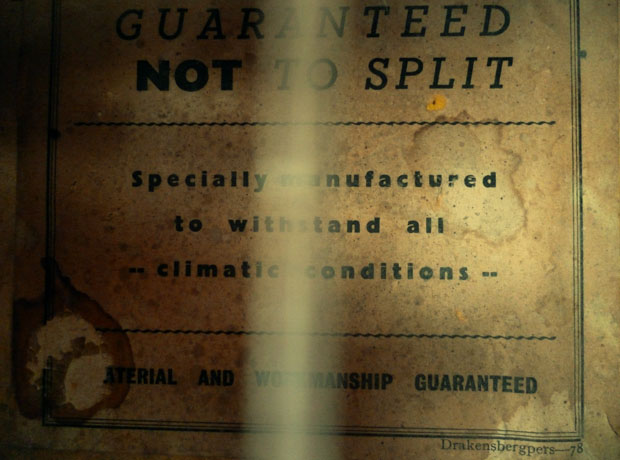 Indeed, Jimmy Page of the Yardbirds and later Led Zeppelin fame is also pictured as a lightie with a Gallotone ‘Wonder’ model: 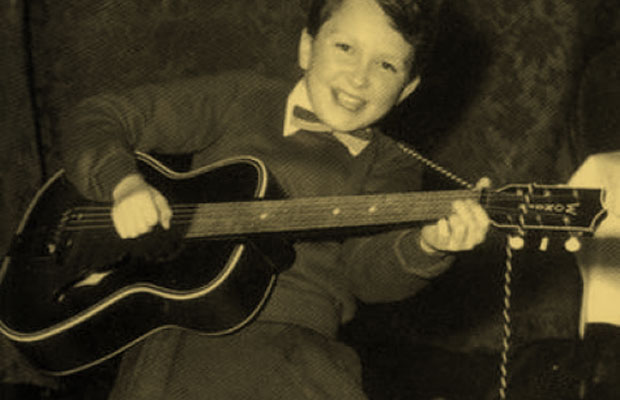 A young Jimmy Page with his Gallotone Wonder

Now you may be wondering how these South African guitars become seemingly so popular in Britain. The answer is that in the 1950s there was a Board of Trade ban on the import of American goods into the UK, and even when it was lifted the duties were quite heavy making Gibson and Fender guitars too expensive for aspiring teenage rockers. In contrast, cheap guitars made in the Commonwealth were very obtainable.

There is one small inaccuracy in David Kramer‘s song, however. When he sings that Budgie played ‘a Gallo guitar’ with a home-made amplifier and used the whammy-bar like ‘Hank Marvin’ he’s taking a bit of artistic license: Gallo never manufactured electric guitars, “only acoustics,” Haarberger reminded us.

Catch the episode where we chat to Ivor Haarberger the here.