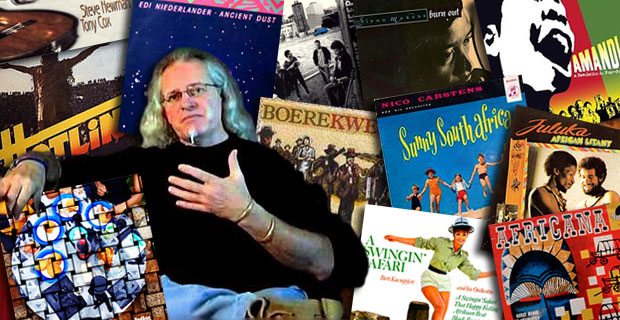 Today’s episode is a special 90 minute bumper edition telling the stories behind the South African songs chosen by acoustic guitar legend Tony Cox for his new album of (mainly) cover versions, Padkos. In-between spinning some discs, we chat to Tony about what inspired him to make the album and sample a few of the new tracks.

We at Tune Me What? are on a mission to celebrate the vast and varied musical culture of South Africa, so we were thrilled when guitar maestro Tony Cox announced last year that his new album – Padkos – was to be one consisting largely of new interpretations of songs that have become standards, from the folk of Sarie Marais to the disco-funk of Sipho Mabuse’s Burnout, and from stadium anthems like Hotline’s Jabulani to Bright Blue’s poignant Weeping. The album also includes songs by Hugh Masekela, Juluka, Edi Niederlander and others, mixed with some new compositions by Cox himself.

What is astonishing however is that the state of the SA music industry is so lamentable that an artists of Tony Cox’s stature has found himself without a record contract. Undeterred, he set about preselling the album directly to fans and raised enough to self-finance the album. It paid off and was followed by a sell-out tour of SA. We can only hope Tony heads to the UK in the near future.

The album is slickly produced and features some ace players, like Victor Masondo on bass. It is “padkos for the soul”. On long roadtrips, Cox says: “I listened broadly to everything SA had to offer and I love so many of these tunes as do most of my fellow Sefricans. One thing I didn’t bank on is how emotional they would make some people. I’ve had several people in tears during this tour!”

In this week’s show, we feature the music of:

To buy the CD, DVD or Digital Download versions of Padkos, go to tonycox.co.za

You can also watch Tony playing more from Padkos on his YouTube channel.

Our Gigs, Gossip & Grooves dates have now moved to the “Events” tab on the main menu. Check it out for South African artists playing and other events in your city.