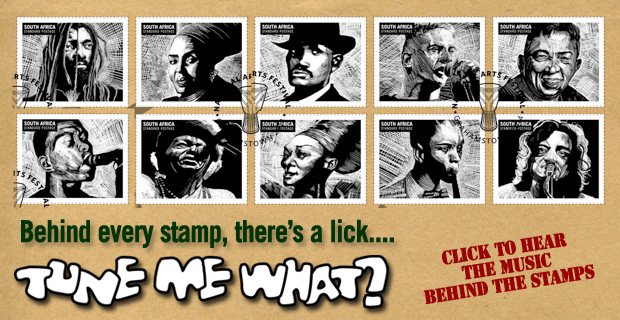 No “philately” isn’t something that’ll bring the vice squad, it’s all about postal stamps!

The South African Post Office has released a series of ten stamps “Singing the praises of South African popular-music legends”, commemorating the lives of musicians who have contributed a great deal to the South African musical canon and to the wider society in which they lived. Sadly, none of them are with us any longer, but their music lives on for future generations to enjoy. While many lived to an old age and enjoyed their well-deserved recognition, some of them died poor and unrecognized in their own lifetimes. Sadly, two of them were murdered, victims of the country’s sometimes out-of-control crime rate.

But in this show Leon and Brett focus on the positive. So, if you’ve seen the stamps – perhaps you’ve even been lucky enough to get a letter with one on – and you’d like to know a little more about these musical giants and to hear some of their music, you’ll really enjoy this episode!

This episode ‘addresses’ the music of the late greats: